What is EPLI Insurance and why is it important?

What is EPLI Insurance and why is it important? EPLI Insurance (Employer Practices Liability Insurance), provides coverage against claims stemming from employees and former employees allegations of Discrimination, Harassment, Retaliation, Wrongful Termination and Improper Workplace Conduct. This type of coverage is unique in that the risks mentioned are not picked up in other policies, not General Liability, not Errors and Omissions, not Directors and Officers. A lot of people will make the incorrect assumption that amongst those policies there is coverage for such risks, that can become an expensive mistake.

The risks to a company making such an incorrect assumption can be risky, and that risk is increasing. Claims related to EPLI have been and continue to be on the rise. According to the U.S. EEOC (Equal Employment Opportunity Commission), for 2017 the most common form of employment related charges is retaliation followed by discrimination based on race, sex or disability. Between these categories there have been over 122k claims made in FY 2017. Some other common forms discriminatory practices that can result in such a claim include religion, age and pregnancy.

In terms of the expense and time associated with an EPLI claim, the following information comes from The 2017 Hiscox Guide to Employee Lawsuits

A representative study of 1,214 closed claims reported by small to medium-sized enterprises (SMEs) with fewer than 500 employees showed that 24% of employment charges resulted in defense and settlement costs averaging a total of $160,000. On average, those matters took 318 days to resolve.

So what you have are claims that take a long time to settle, can cost hundreds of thousands of dollars and are covered by this specific type of insurance coverage. The short answer to the question of why is it important is pretty self explanatory, if a company doesn’t have EPLI coverage it would be looking at such claims resulting in defense costs  and damages being paid by the company itself … maybe yours.

According to Chubb’s 2018 Top Risks for Private Companies in the U.S. more than one in four private companies reported experiencing an EPLI loss in the last three years. What’s interesting is that despite these numbers one-third of the respondents to the study have not purchased EPLI coverage.

What that says is that while the risks are prevalent, companies aren’t taking the steps they need. Why? The Chubb report goes on to say that one-third of non-buyers think it is covered by another form of insurance, nope.

So what are the benefits and why is it important? The benefit is coverage against some of the most prevalent forms of insurance claims made against companies today. As a broker I can tell you that a majority of the claims actions I see now are in the EPLI space. To be frank I explain EPLI exposures as a ‘when’ situation and not an ‘if’ to my clients and impress upon them the importance of getting it.

If this is something your company has considered implementing and could use some more guidance feel free to reach out with a call or an e-mail. I’ll be happy to act as a resource. 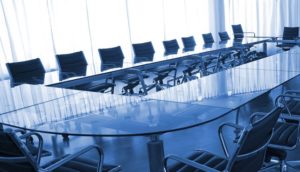 First off, directors and officers insurance is specialized coverage designed to specifically protect the management of a company. The insurance covers litigation expenses and damages should a director or officer be sued directly by an outside party. Such third parties may include investors, customers, employees or other interests. In the event of such litigation, the personal assets of those directors and officers may be at risk. Directors and Officers insurance is the type of coverage that will indemnify a director or officer for legal defense costs and damages. This type of coverage would also indemnify a company in instances where the company covers such costs for its directors or officers.

So what are some instances in which a director or officer could face this kind of situation? This is an area that has been getting more and more attention due to the frequency with which such suits are being brought. Claims made against a companies management can cover a lot of ground including instances such as

There’s more than this to the list but you get the idea that there is quite a bit of risk that this type of insurance will cover. Essentially claims aimed at the leadership of a company involving management decisions or company policy can fall into these category.

Hopefully this give a bit of insight as to what the insurance is designed cover. As far as knowing if you need it, if you are a publicly traded company, you do need it and you already have it (at least you better). More likely if you are asking this question it is because your company is a privately owned and you are debating if you need it. From my experience the answer comes down to three rationales.

A prerequisite to a funding round

One point at which it makes sense to insure your directors is if getting a pile of money depends on it. In many cases, venture capital or private equity firms will make directors & officers insurance a contingency to closing a round of funding for a company. The amount of coverage will be set by the funding entity but more often than not this figure will start at $1mm coverage. As the size of a funding round increases, the amount of coverage will go up.

I’ve had clients out in Silicon Valley try to bring experienced people in to become part of a board of directors. The people that were targets of these companies were experienced old hands in the tech and startup space, so one of the first requirements these folks had was making sure that D&O was in place. If you are trying to put a board in place made up of experienced industry veterans, be prepared to have Directors and Officers coverage become part of the conversation.

A third rationale is a little more of a judgment call on the timing, but if you yourself are an officer and are asking this question, you will want to consider it when you feel it is time to……

As soon as there are directors and officers acting in a management capacity, there is a need for this type of coverage. Most bootstrapping startups will put it off until there is a trigger and that’s understandable but if the company has some traction and is moving along well enough where the resources are there, get this in place.

If this is something your company has considered implementing and could use some more guidance feel free to reach out with a call or an e-mail. I’ll be happy to act as a resource.