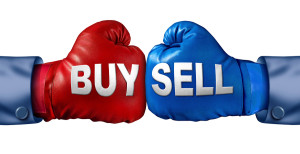 At a very early stage it won’t be a necessity but that doesn’t make it a bad idea to have sooner rather than later. A buy/sell agreement will go a long way toward getting ahead of issues down the road. If a founder wants to leave a startup, sell a stake, becomes disabled and can’t work…. or dies, the buy/sell agreement will map out how the shares of the company are to be valued and to whom they can/will be sold.

Why is a Buy/Sell Agreement Important?

This becomes more important as a company grows, is generating revenue and has a significant value attached to it. At this point there can be real money at stake and as the money gets bigger, the potential ramifications to all parties involved increases.

A buy/sell can become one of those forgotten tasks, one of those things everyone says they need to do but growing the company, hitting deadlines, moving things forward get in the way. Often something happens unexpectedly and all the sudden you have a dumpster fire of a situation on your hands.

Getting an agreement mapped out early on sets parameters right from the start. The agreement can be flexible and amendments can be made. Maybe another founder or outside money enters the mix. Maybe a founder wants to buyout another founder. If the valuation of a company gets to the point to where one founder can’t buy out another, funding an agreement with insurance is going to become a key factor. You can change an existing agreement, in fact it’s something that should be reviewed regularly and amended to suit.

You can’t amend something that never existed though, and you can’t turn back the clock if a situation occurs and such an agreement has never been placed. If you do it early on when you are establishing associated items such as the Founding/Operating Agreement, a lot of the details will fall into place logically toward a buy/sell. Just grind it out and take care of it, save yourself an inevitable problem down the road.