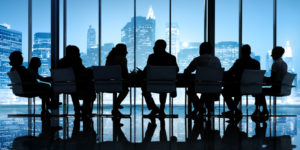 How does Directors and Officers Insurance work?

Company officers and board of directors’ members make a flurry of decisions that have a profound impact on a company. Some of these decisions will be difficult and will have an impact on many interested parties. Put simply, not every decision is going to sit well with everyone.

What if a company makes it a point to protect their directors and officers by indemnifying them in the event of a lawsuit? In this case D&O insurance indemnifies companies when they go out of pocket to cover their directors and officers. Either way, the Directors & Officers Insurance sees to it that neither a director, officer or the company itself is left holding the bag.

Directors and Officers insurance protects the management of a company against an array of potential claims. If an act should occur that triggers one of these types of claims, what happens next? How does the coverage kick in? To answer this, we need to look into the different parts that make up a D&O policy. Most every policy begins with three main parts known as Side A, Side B and Side C. These components determine which part of the coverage would be responsible to pay for defense and damages in the event of a claim.

Side A D&O Coverage

This is where Side A coverage of a D&O policy would kick in. Since the director or officer would not be indemnified in certain scenarios, the Side A coverage steps into the gap to cover defense costs and potential damages for which a director and officer would be liable. As mentioned, in absence of such coverage, if the company is not in a position to indemnify, the officer is on the hook for defense and damages.

Side B D&O Coverage

Side B coverage of a directors and officers insurance policy is the component of the policy that will indemnify a company when such a claim arises. As mentioned, nine times out of ten a company will defend and indemnify a director or officer if a claim is filed. If a company indemnifies a director or officer once a claim is defended and damages paid, there are substantial costs associated that the company must cover. So where does that leave the company? This is where Side B of the Directors and Officers policy comes into play.

Side C of a directors and officers insurance policy is the part of the policy known as ‘Entity Coverage’. For publicly traded companies this policy part is specifically designed to provide coverage against securities claims. The nature of such claims deal primarily with shareholder actions against the company based on movements of the stock price.

An example of such an occurrence would be a drop in the stock price of a company due to a financial restatement. An error in reporting of financials that requires a restatement can have an immediate negative effect on the stock price of a company. Stockholders may view the company and its directors accountable and file suit. Because the nature of such actions is predicated on the drop in the value of the company stock, Part C of the D&O coverage would be applicable toward defense costs and damages the company may be liable for.

Side C coverage provides entity coverage for privately held companies as well. The primary difference between coverage for a private company versus a publicly traded one is that Side C coverage will be broader considering it is not typically contingent on a securities claim.

Claims coverage for private companies would protect against clams made by customers, vendors, competitors and regulators. Claims can also be made by shareholders of private companies. While a private company may not have publicly traded shares, that does not negate the fact that there may be private shareholder interests that directors and officers need to be concerned with.

Retention is just another word for deductible. A retention amount will typically be assigned to Sides B & C and range from $10k to $50k. The choice of retention is up to the company and will affect the cost of the policy. The higher the retention, the lower the cost and vice versa. In the event of a claim, the retention becomes the company’s responsibility after which the insurance kicks in.

In most cases, Side A coverage will have a $0 retention. The rationale behind this is that Side A is the part of the coverage that covers directors and officers personally when a company does not provide cover. Because of the personal cost nature of Side A, a large retention such as $50k becomes untenable. Hence, Side A coverage is typically first dollar coverage (or $0 deductible).

So here comes the obligatory pitch. If this is something you’d like to talk about in a little more detail, feel free to reach out. I’d be happy to act as a resource.