Management Liability policies: Is it just Directors and Officers coverage? 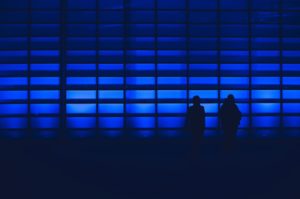 When you are putting a full Management Liability policy together there are a few things you will need to take into consideration. Here are a few of the big ones.

Is Directors and Officers coverage all you will need?

Directors and Officers coverage protects a company’s directors and officers from claims that fall within the policy provisions. In a complete Management Liability policy, there are other lines of coverage that protect against different management risks. EPLI (Employee Practices Liability Insurance) is probably the best known.

EPLI coverage is the insurance that covers management in the event that a claim stems from a company employee. Harassment, discrimination, wrongful termination, there are a number of issues that can be brought to bear against directors and officers of a company. EPLI protects specifically against those risks. EPLI would be a separate component in a Management Liability policy.

A company would need to be sure that any complete Management Liability quote included such coverage as it is a distinct line of coverage from Directors and Officers. With the rise in the types of claims covered by EPLI, these days it’s a must.

If you find that you do need EPLI (and if you have several employees you really ought to) as well as D&O, you will need to consider whether you need shared or separate limits.

With shared limits, the stated coverage limit is the overall amount of coverage you get for a given policy year between both coverage lines. Say you purchase a Management Liability policy with D&O and EPLI coverage with a 1mm shared limit. All the sudden, here comes a claim and you lose. The claim ultimately costs 700k between defense, settlement and any associated costs when it is all said and done. The amount of total coverage going forward for either a D&O or EPLI claim would then be 300k.

Separate limits certainly will cost more. It also is an important consideration to make.

Do you want a separate defense limit?

Defense costs can account for huge sums of money when one is forced to defend themselves from a D&O claim. The average cost of a D&O claim including defense cost, settlement and judgments is $697,000. A large piece of this cost is associated with the legal costs of defending the claim in court.

The separate defense limit protects a policy holder from exhausting the coverage on legal defense and not having enough if you lose a case. For example, say you had a straight up 1mm D&O policy and a claim came in against you. If one were to mount a $500k legal defense, you are already down to 500k in coverage. Legal defense would go against your 1mm in protection.

If you lose, and the judgement is 1mm against a director or officer, someone is going to be out $500k. Without a separate limit, the $500k defense cost goes against your original 1mm coverage, leaving $500k in protection. If the judgement against you comes in at 1mm, you only have $500k left after you’ve mounted a defense. Not good.